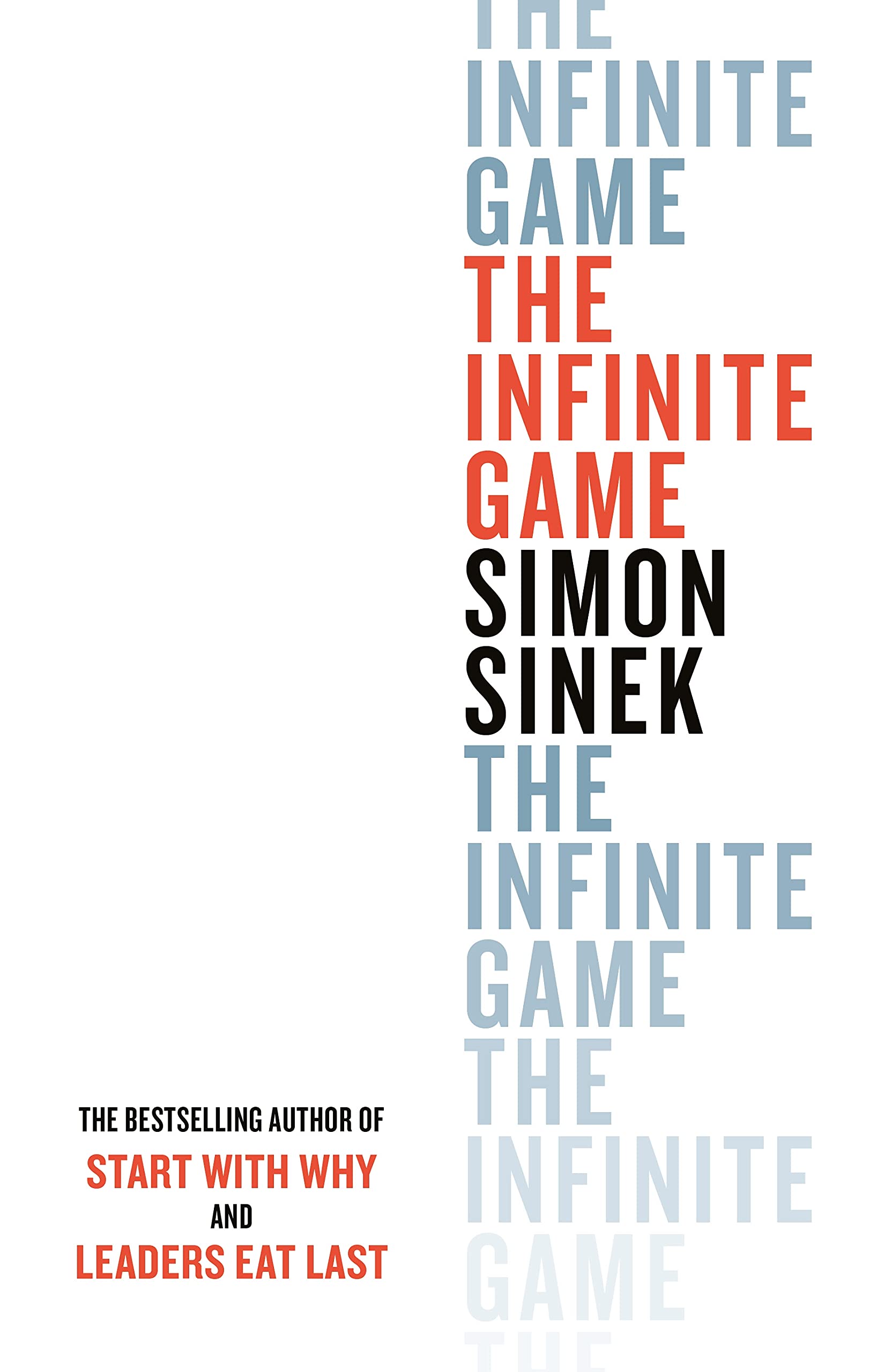 “The Infinite Game” by Simon Sinek is a book which is built upon a simple yet compelling premise. That premise is that, for example, a game of football is a finite game. They have a start, they have an end, they have a winner, and they have a loser (usually). Other aspects of life do not come in such a bounded construct. Business is one such “infinite game”. Too often business is played as a finite game when there is a determination to hit a particular target by a particular date, or to beat the growth rate of your nearest competitor. Playing an infinite game will open opportunities that affect the way that we both do and think about business for the future. That, then, is the concept behind the infinite game.

At the start of the book, Sinek writes a short introduction to describe why he wrote this book. I like the fact that as he is best known for his seminal work, “Start with Why?”, and that is what he does here.

Over the course of 11 chapters, Sinek discusses several issues around the nature of an infinite game, which I was looking forward to reading once I understood the premise – it felt important and new.  Ultimately though, I was disappointed by this book. In many places, I found it somewhat turgid. The reader has to wade through story after story, which either do little to illustrate the point being made or repeat the same message several times. Even when, as in most cases, the point was a relatively simple one.

There’s something else at play too, in that Sinek is highlighting the successes of those that he defines as playing “the infinite game”. What’s not provided, at least in my opinion, is adequate proof that their success arises because they are playing an infinite game. As a statistician, I’m only too aware that correlation is not a proof of causation, often there is no causal relationship. It’s not good enough to show the correlation, there has to be more, and there was not. I also fear that much of what he is providing, by way of example, is subject to survivorship bias.

There is a reality that the businesses he uses were successful, and that they are playing “an infinite game” by his definition. That much is not in doubt. Are they the ones that played an infinite game and survived and thrived? One is left to wonder, to speculate, on how many others who also played an infinite game did not survive and did not thrive? They are not there in this story for us to compare.

All that said, there are some interesting points worthy of note. For some time, I’ve been concerned about the consequences of basing business goals solely on the ideas of maximizing shareholder value rather than on the basis of broader contribution. Sinek, not surprisingly perhaps given his history of thinking on leadership, concludes something broadly similar. I was also uncertain of the nature of chapter 9. It suggests the need for a “worthy rival” – a common enemy to focus your efforts to resolve. He’s not suggesting competing with them, but using them to push yourself to improve. Having shared purpose in a business is very effective at creating powerful results, that’s not in doubt. A worthy rival can help align and bring teams and individuals together. Yet his opening premise is that the infinite game is not about winning or losing, but about staying in the game. My sense of how he wrote about a worthy rival was at least at a tangent to that, but perhaps I miss his point.

Many other reviews also comment on the repetitive nature of this book, of using the same examples multiple times. It feels as though this was a book that Sinek was commissioned to write rather than one that he enjoyed writing. I think that’s a great shame and a missed opportunity. Even so, there is great value in considering the nature of the businesses that we run and our Mastery of our way of working in them. When we do that, we will build a business that can endure for much longer and much more robustly than if we keep playing against others in a “finite game”. I think that point and that point alone is worth taking from this work.