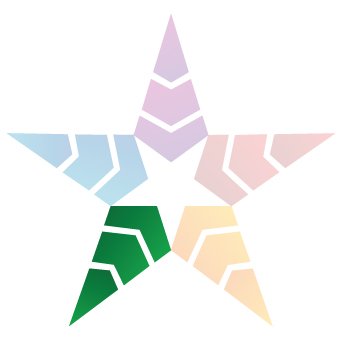 Sometimes automation of a business process can make something that is complex and too time-consuming to undertake manually possible to scale. Automation may also make it more consistent as well as faster and more reliable. Done well it is a clear advantage, but done badly?

Ecademy was a UK based social media platform that started long before Facebook or LinkedIn had been born, and it gathered a following in many places around the world. Many of the relationships forged there are still active today, albeit in different platforms and places.

One of the things Ecademy launched was an option to automatically message people who connected with you. At the time I was working as the leader of the premium membership, BlackStar, which provided significantly higher engagement and access to private areas of the site. Part of that role meant connecting widely and it was obviously going to be easier to do that if I could automate elements of the process.

I worked out a welcome message that was effective at starting conversations, particularly with those for whom premium membership appealed and who wanted to know more. In order to elicit engagement and conversation, I’d tested a wide variety of styles and approaches, and homed in on something that was effective. I took that message and used automation. Computers now completed things like the person’s name and identified elements of their profile and included a reference to them in the message I was sending. Only I wasn’t sending it. A machine was, and I didn’t go back and check how these messages were landing. I thought I had done that when I was sending them ‘by hand’. If only I had checked…

A few weeks later I attended an Ecademy sponsored event, I was approached by someone I didn’t know who jumped into a conversation like he was a long lost friend. When it dawned on him that I was at a loss, he felt let down. The message and reality simply did not match.

He was right to. I’d tried to automate personality, not process. It just isn’t authentic. That is the issue with automation, if you automate something that should not be automated, it will be spotted, and if it is spotted in a context that makes the personal, feel deeply impersonal you can damage relationships badly.

Looking back I know there was nothing intrinsically wrong with the approach, it was the message that failed. When I was running the process manually and trying to find effective wording to use I was writing the emails. When I automated them there was a difference.

What I could have done, what I should have done, is been transparent, and explained that the email was automated, I’d worked out a solution to a different problem.

Today I look at many of the artificial intelligence bots that run on websites. They are clever, they feel human-ish, but the best ones are transparent about what they are. A machine. I say “best”, because, for me, they don’t pretend to be something they aren’t but if they solve my problem, answer my question, or link me to the right resource then they still add real value. I welcome that.

Business systems, even automated ones, are one of the five pillars of business strategy, and like any supporting pillar, if you build it on the wrong foundations it won’t support things well enough. The key is to really understand the problem properly, and solve it as process. It needs careful design, and I’ll come on to that in a future post.

If you would like to know how well prepared your business is on each of the five pillars of strategy please take the business audit and then spend a few minutes with the complimentary report that produces. Click here

Photo by Louis Reed on Unsplash

This site uses Akismet to reduce spam. Learn how your comment data is processed.

I won't ever sell or pass on your data, and I will only send you a few emails a month, which you can opt out of at any time.

I will send you a monthly newsletter and details of any relevant events which we are running.